Buy feature games in the slot Nights Of Egypt

Ancient Egypt is going to uncover all of its secrets in the slot machine dubbed Nights of Egypt created by Spinomenal. Despite there are plenty of slot machines with this theme in the online gambling market, new items with this plot keep attracting gamblers. The new slot can interest folks not only with its plot about ancient legends. It will also surprise you with several modes of free spins, characters that can bring double wins as well as extra-wild signs, to say nothing of a bonus round. Moreover, a rather high percentage of return on funds will also attract gamblers. So, they can count on a 96% RTP that means large prizes.

Theme, design, and control panel of the Nights of Egypt slot machine

The Nights of Egypt slot machine will pleasantly surprise gamblers with the mystical atmosphere of Ancient Egypt. After starting the slot machine, the participants will be met by the Egyptian queen in a traditional outfit. Next, the game location features dark shades. You can also see the night sea and rocks in the background.

The Nights of Egypt slot machine control panel traditionally occupies the bottom of the screen. Here you can see the function buttons that help players to control the gameplay. Some of them are regulated by game indicators, while others are configured through user settings. There are also keys to launch game spins. By the way, the game allows gamblers to purchase the bonus feature.

The given slot machine offers 5 reels. On the playing field, they are located with the layout of 5x3. There are 25 pay lines here. Alongside the game reels, they form cells on which prize symbols show up. Some of them are represented by thematic symbols. For example, these are a scarab beetle, a cat, and an anaconda.

Another part is a set of card denominations. To give a prize, several identical symbols should simultaneously arise on the same playing line of the slot machine from left to right. Only the most valuable of the formed combinations are counted.

The slot has three special symbols. The bonus symbol is represented by a book and the corresponding inscription. The loss of 3 or more of these icons on the playing field starts the bonus game. It consists of free spins, the number of which is determined in a special way. During these spins, you can win good prizes. A Scatter is another special symbol of the slot machine. It also comes with the corresponding inscription. The appearance of 3 or more scatters on the game screen launches from 10 to 40 free spins. During these spins, one or more base symbols will become double. Their appearance will double the current prize. Moreover, the size of the bet and the number of paylines in this round will be the same as in the main game.

The wild symbol in the game is represented by the Egyptian queen. Its main task is to replace any signs except special ones. If 4 wilds simultaneously appear on the payline, this will increase the bet by x200 times. Wilds can also expand by several cells, significantly increasing the player’s chance of winning a large prize. 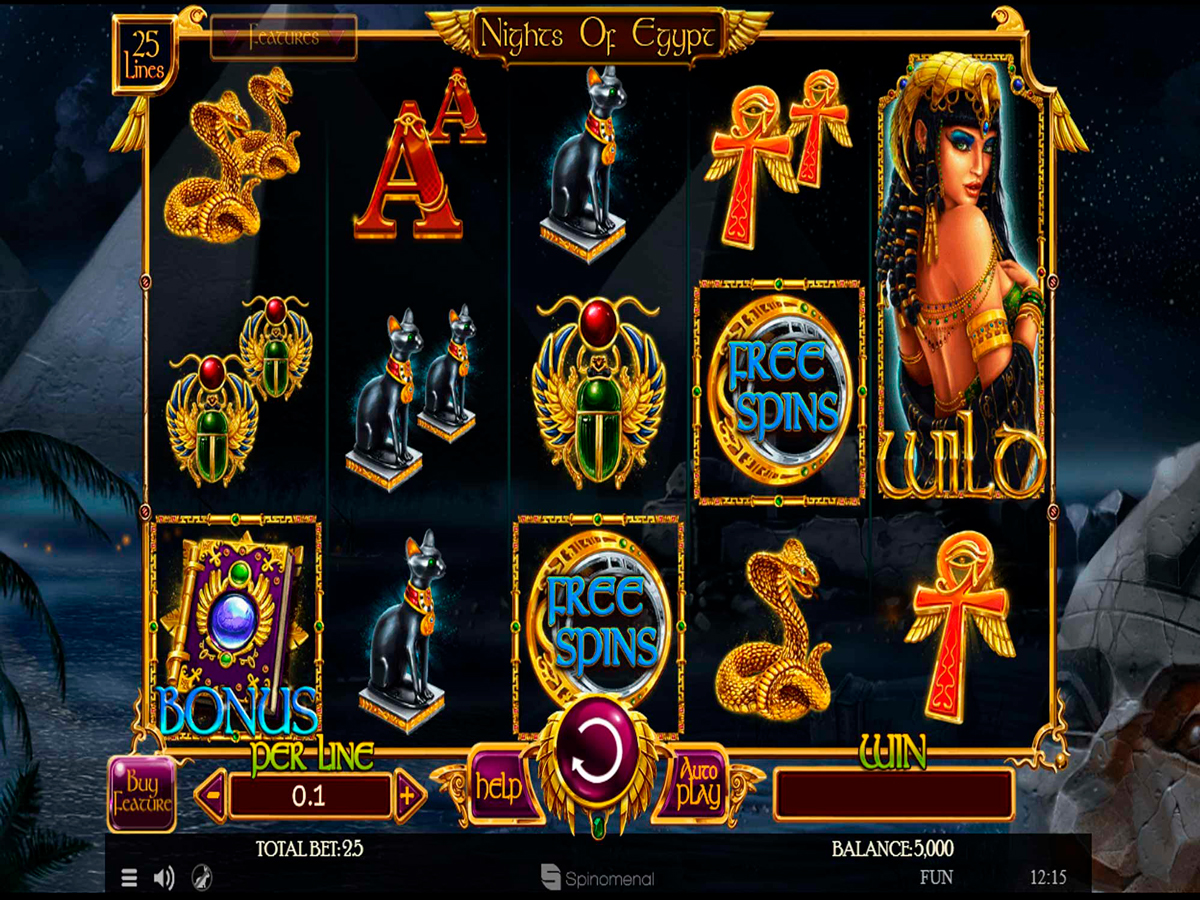 It’s undoubtedly a great slot from Spinomenal. Here standard options go hand to hand with non-standard ones such as special signs and bonus rounds of free spins. They allow you to get great prizes without much effort and enjoy the exciting gameplay. It’s a good thing to buy freeplay in slots games like this.