Gods of Olympus Megaways turns out to be a slot game built around Greek mythology and developed by Blueprint Gaming.

If you pay attention to the name of this game, it will immediately become clear to you that Gods of Olympus is dedicated to the legendary Greek ancient gods, headed by the all-mighty Zeus. Considering the fact that it’s another slot using the engine Megaways purchased from Big Time, you won’t doubt that this slot machine will be high-quality, interesting and most importantly profitable. 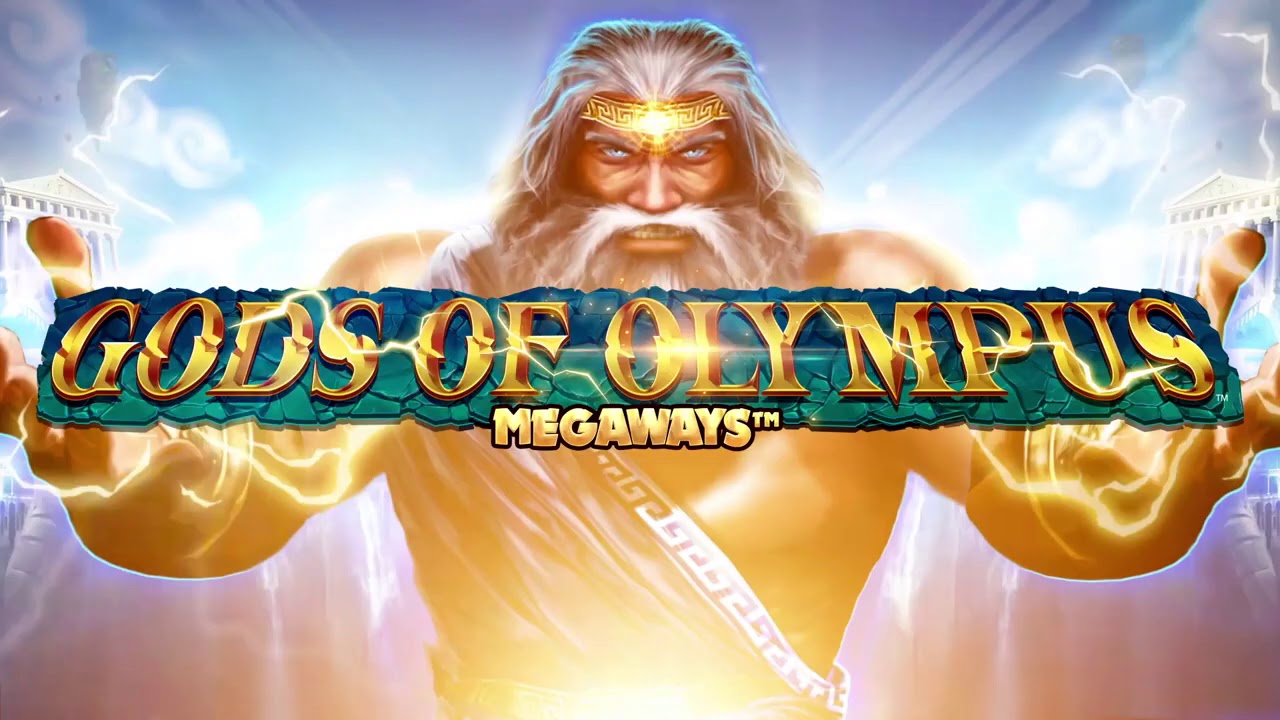 In terms of design, the game looks good and beautiful. However, such a quality design is present in all Blueprint products. Once you start the game, you will find yourself in ancient Greece, at a magic time when various gods ruled the world. According to the myths, they lived on top of the huge mountain dubbed Olympus in the beautiful palaces. All of them were subordinates of the main god Zeuz, who was in charge of lighting and thunder.

The slot machine comes with six reels and provides from 64 to 15 625 paylines. Due to the fact that the game exploits the Big Time Gaming Megaways engine, you can note that 2-5 symbols can appear on each reel. Then, the winnings are paid only for the adjacent symbols from left to right.

As a matter of fact, the symbolism of the game is completely in line with ancient Greek themes. Therefore, on the reels, you will see lower values represented by the card names 9, 10, J, Q, K, and A. The symbols represented by such gods as Athena, Ares, and Poseidon are the most useful in the title. Then, the most lucrative symbol is Zeus. It’s capable of bringing you a 25x bet for a combination of six such symbols.

A wild symbol is represented by the temple. It only appears on the reels 2-5 and replaces all symbols in the title, except for the scatter (Zeus’ hand). It shows up with a blue background in the regular game and also a red one in the free spins mode. 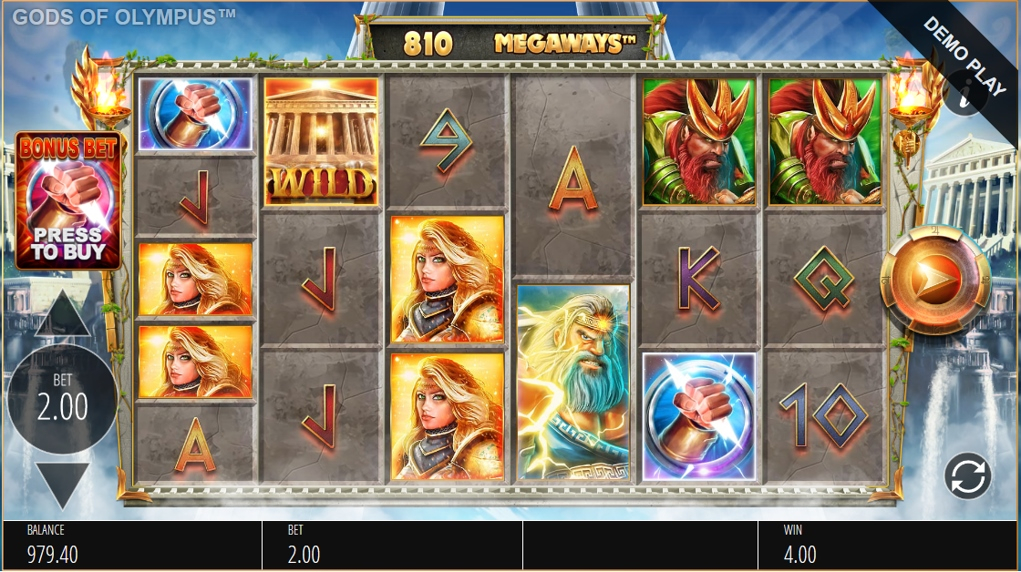 At any spin in the base round, the major god, Zeus carrying a wheel of luck may arise on the screen. It’s the Zeus Power Spins feature. As a result, the gambler can take advantage of the following stuff:

The Bonus bet feature enables you to purchase a Zeus Power Spins feature for 50x your bet.

That’s another high-quality slot machine built around the Megaways engine. Playing this slot, you’ll be amazed at the variety of bonus features as well as the prizes you can potentially get. 15625 paylines will give you enough space to win.