You’re free to play this game in the demo mode absolutely for free. Well, the game has a return percentage of nearly 96.2%. It comes with 5 rotating reels, and 40 paylines. There’s no bonus game here. There are free spins, Wild symbol and Scatter symbols, to say nothing of a multiplier. It’s possible to play it in the automatic mode. You won’t find a quick spin mode here.

The fresh title is built around the Wild West. Currently, slot machines devoted to this theme are gaining popularity among players, while game makers are trying to do their best to make their slot machine interesting and unique. It’s worth recalling the latest title Dead or Alive 2 from Netent as well as The One Armed Bandit from Yggdrasil Gaming, which have already been highly praised by users. The developers of Relax Gaming decided to make the most of the popular theme and presented to your attention a slot machine with the atmosphere of the Wild West dubbed Money Train. 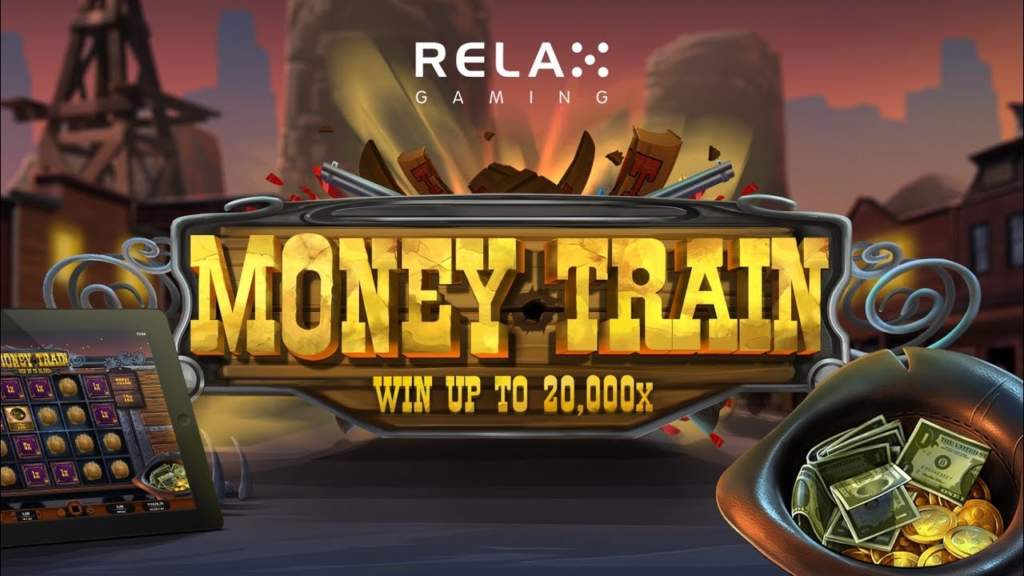 In terms of design, it looks very interesting. As soon as you start the slot, you will immediately see a train arriving at the railway station. If you take a closer look, it will become clear that the first two carriages come with advertisements of other Relax Gaming games, in particular, Zombie Circus as well as Temple Tumble Megaways, while the third carriage accommodates the title’s reels.

The slot comes with 5 reels alongside 40 paylines for generating winnings. The design of the slot drops a hint at the Wild West. Moreover, on the reels of the slot, you will see symbols in the form of card suits and four criminals: a girl and three men. The latter’s most useful because it can give you a 20x bet for 5 symbols.

Now it’s high time to view the major bonus opportunities of the title.

It’s activated when you simultaneously receive a bonus symbol on the reels number one, three, and five. Then the three symbols that activate the bonus turn into winning multipliers of random denominations, after which three free spins will show up. Each time a fresh symbol appears on the playing field, the number of free spins is restored to the original three. It continues until new symbols arise. Also, note that there are six characters that can bring you the following stuff: 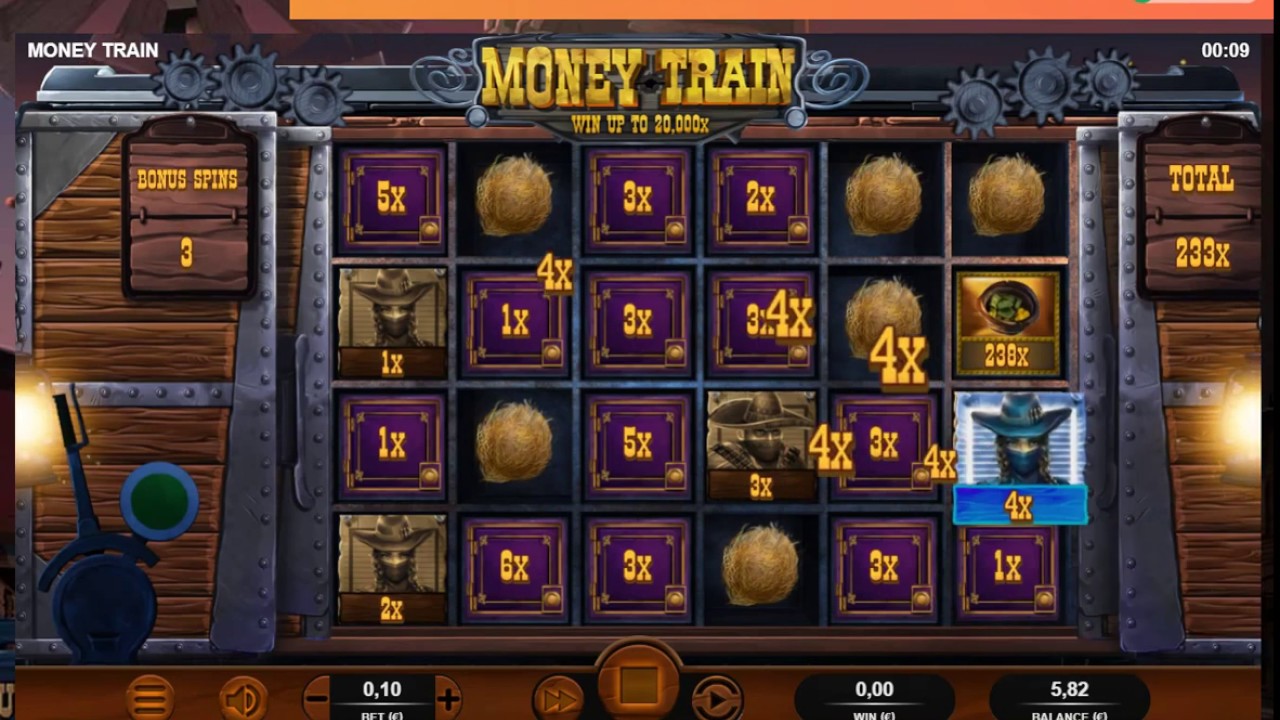 In case you’re reluctant to wait until the bonus symbols to activate the bonus feature show up, you can take advantage of the Purchase Feature button, which will enable you to find yourself in the bonus game for the x80 bet of yours. Aside from that, it’s going to ramp up the title’s RTP from about 96.2% to up to 98.0%.

In general, we can say that the developer has undoubtedly managed to create an interesting and unusual slot machine devoted to the Wild West. If you have long been looking for something unusual, and most importantly profitable, then Money Train is what you need. It’s the best choice to buy freeplay in slots.